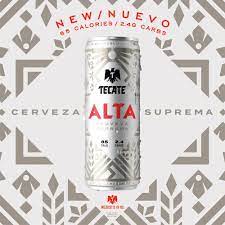 HEINEKEN USA and its TECATE® brand  announced expanded distribution and sales plans for its new, ultra-premium beer, Tecate® ALTA ™ along with the release of two exclusive video capsules featuring musical performances by legendary Regional Mexican group, Intocable, and LA-based indie band, Chicano Batman. Belen Pamukoff, Brand Director Tecate, tells Portada in an exclusive interview that Tecate ALTA’s media campaign includes Radio, Out of Home Media (Billboards, Trucks), Video on Youtube as well as Connected TV  in properties including Hulu and several sports networks. There is also a TV component as Tecate’s LigaMX sponsorship, which is broadcast by Univision, will be featuring Tecate ALTA every single weekend until the end of this year. Influencer marketing with Luis Coronel and Rapper Krystall Poppin and Avi Valencia will be activated through paid social including Facebook, Instagram and Twitter, while Search Engine Marketing is being done through Google properties.  R 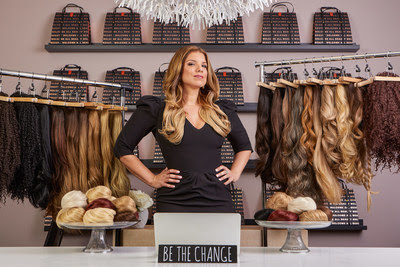 Triple Daytime EMMY®-winner and bestselling author Gaby Natale and QuickBooks, have teamed up to energize and  Hispanic entrepreneurs throughout the United States.In one of the most challenging times for small business owners and entrepreneurs Natale and QuickBooks join forces to raise awareness about the common challenges that diverse small business owners face, from access to capital to financial management and bookkeeping.The collaboration includes participating in QuickBooks’ marketing efforts and contributing to QuickBooks’ Ask The Expert series. The campaign has already secured coverage in Los Angeles Times, EFE News and Yahoo News, among other top-tier media outlets.Gaby Natale is a triple Daytime EMMY® winner, TV personality, bestselling author and motivational speaker.One of the most prestigious media personalities in Spanish-language television, Natale is among a few women in the entertainment industry who owns not only the rights to her TV show but also a television studio. This unique situation has allowed her to combine her passion for media and her entrepreneurial spirit.People magazine named Natale one of 2018’s “25 Most Powerful Latinas”, highlighting the inspirational story of how she went from a local TV show that started out of a carpet warehouse to becoming the only Latina in US history to win triple back-to-back Daytime EMMYs. Her popularity grew even further when her first book, “The Virtuous Circle” .Natale is also the founder of AGANARmedia, a marketing company with a focus on Hispanic audiences that serves Fortune 500 companies such as Hilton Worldwide, Sprint, AT&T, eBay and Amazon. In the digital world, she has a thriving fan base with over 52 million views on YouTube and 250K+ followers on Social Media.In 2019 Gaby launched WelcomeAll Beauty, the first hair extensions line dedicated to women’s productivity offering DIY camera-ready hair styles that can be done in less than 5 minutes. 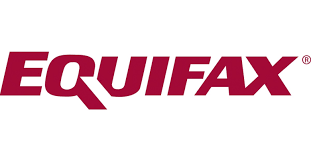 Equifax is introducing a free, translated credit report in Spanish to serve the more than 62 million Spanish speaking consumers in the U.S. Equifax is the first and only credit bureau to provide a Spanish translated credit report online and by mail.The introduction of a translated Spanish credit report aligns directly with the ongoing Equifax commitment to advance financial inclusion and help all consumers access and better understand their credit profiles.According to the 2020 U.S. Census, the Hispanic or Latino population grew by 23% since 2010, and it’s the second-largest racial or ethnic group. The U.S. has the second largest population of Spanish speakers in the world, after Mexico.A healthy credit profile is vital to ensuring continued upward mobility, especially for life’s pivotal moments: ability to rent an apartment, purchase a home or car, obtain a loan, and even being hired for certain jobs.Equifax is also committed to working with members of Congress to broaden access to credit and increase financial inclusion.Consumers can request a free, Spanish version of their credit report via www.equifax.com/micredito or by contacting customer service (888-Equifax, option 8 for Spanish), and if desired, they can request it every seven calendar days. Consumers will continue to have access to Equifax call center agents that can support multiple languages through our bilingual agents or by engaging a third party language service.

General entertainment network INSP, home to timeless and original western TV series, movies and documentaries, has appointed Horizon Media as its marketing agency of record.INSP is available to nearly 62 million households via distributors such as DISH (channel 259), DIRECTV (channel 364), a number of cable operators, Verizon Fios and others. 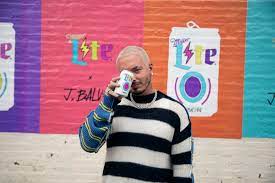 Miller Lite recently made headlines by partnering with J Balvin on limited-edition cans that feature his signature lightning bolt and neon aesthetic, and now they are taking their partnership to the airwaves.Miller Lite is releasing new ads that begin airing this week, we see Jose Alvaro Osorio Balvin (a.k.a. J Balvin) and his personal take on Miller Time! – or in this case, Es Jose Time. The campaign peeks behind the curtain of J Balvin’s on-stage persona to show what it’s like when he’s simply being Jose. The spots, done by Alma, were created to remind people of what is truly important: being the real you with your real friends. The new ads called “Cookout” and “Pool Party” show people speculating about J Balvin’s extravagant life when the reality is much simpler: he prefers being Jose, his most authentic self, while having a great time and enjoying great beer with his friends. “Cookout” was released on September 15 and “Pool Party” will air in the future. They can be enjoyed on Univision, Telemundo, Latino sports networks, and Liga MX’s games and on digital partners YouTube, Spotify, Vevo, Facebook, and Instagram. Fans can also see behind-the-scenes footage and hear Jose explain why he‘s excited to show his true self through his partnership with Miller Lite in the “Call Me Jose” video available on his YouTube channel.

To celebrate Hispanic Heritage Month, Cacique® – one of the country’s top authentic Hispanic food brands – is shining a light on Mexican cuisine in America by partnering with leading culinary voices to announce What’s Next in Mexican Cuisine, its predictions for the top Mexican food trends coming to kitchens across the country in the coming year.To develop this year’s forecast, Cacique partnered with Chef Gilberto Cetina of Chichen Itza and Holbox in Los Angeles, Chef Anastacia Quinoñes-Pittman of José in Dallas and Andre Lomeli of Taqueria Mal Pan in Charlotte who each shared their unique perspectives on the state of Mexican cuisine in America along with recipes that add their own special spark to the trend predictions.The brand’s chef partners have designed recipes featuring Cacique products, including Scallops with Chorizo, Rajas and Mushrooms by Chef Gilberto Cetina at Holbox, Fish Tacos with Chorizo, Crema & Pickled Cabbage Slaw by Chef Anastacia Quiñones-Pittman at José and Tacos Campechanos by Andre Lomeli at Taqueria Mal Pan. Those in Los Angeles, Dallas and Charlotte can get a taste of the trends via meal kits available for pick-up and delivery at each restaurant, beginning the week of Sept. 20 and running until Oct. 15.For more than 45 years, Cacique has remained a family-owned company dedicated to producing the highest-quality authentic products, including Mexican cheeses, creams, chorizos and yogurts. 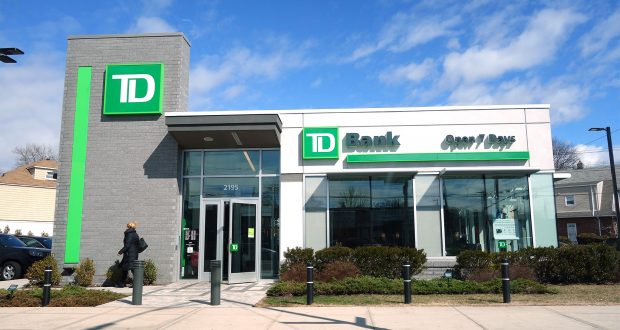 STD Bank has consolidated its creative account between WPP Group’s Ogilvy and David, according to multiple people close to the situation. David was tapped for creative U.S duties and Ogilvy was named the bank’s agency partner for environmental social and governance strategies across North America.The incumbent for the U.S business was TBWAChiatDay. 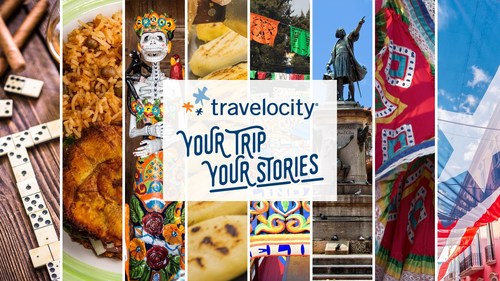 Travelocity , the trusted online travel agency, invites families to reconnect with their heritage through eight bookable experiences highlighting food, art and culture.To celebrate Hispanic Heritage Month, Travelocity® is launching eight easy-to-book experiences expertly curated to help families explore and share their Latino heritage. From Sept. 15 through Oct. 15, families can visit Travelocity.com/HispanicHeritage to book trips that highlight rich Latino culture through food, landmarks and events in select cities in the United States and abroad.In a recent survey1, Travelocity found that 90% of Latino parents believe it is important to pass on their culture to their children, and half (49%) said that they teach future generations about their heritage through cultural trips, in addition to speaking their native tongue at home or passing down family recipes. Whether they’re searching for the best ropa vieja to share in Miami or learning about history at the National Museum of Mexican Art in Chicago, Travelocity has the tools families need to confidently find and book the right trip all year long. For Hispanic Heritage Month, Travelocity curated eight trips focused on exploring some of the largest hubs for Latino culture in the United States, such as Los Angeles, New York City, Houston, Chicago and Miami, along with destinations abroad like Mexico, Puerto Rico and the Dominican Republic. 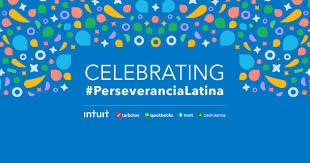 Celebrating the Latino community spirit of perseverance and strength, TurboTax®, the nation’s leading online tax preparation service from Intuit Inc. announced today the launch of #PerseveranciaLatina, a digital and social campaign, in honor of Hispanic Heritage Month. The #PerseveranciaLatina campaign will feature the stories of Intuit Latino customers who have transformed financial challenges into opportunities while generating a positive impact within their communities, all due to their drive and determination in life. According to the Latino Donor Collaborative (LDC), the Latino community is actively supporting the United States pandemic recovery with US$2.6 trillion added annually to the American GDP; a cohort whose contributions grow 72 percent faster than non-Latino GDP every year. The Latinos behind the #PerseveranciaLatina stories are role models and representative of the cultural determination that makes up the U.S. Hispanic community. The individuals highlighted include:

The four-week campaign launches on September 16 and will include four video vignettes featured across TurboTax, Mint and Intuit digital and social channels. Everyone is invited to join the celebration on social media and share profiles of other exemplary Latinos using the hashtag #PerseveranciaLatina. Visit the TurboTax blog to learn more. 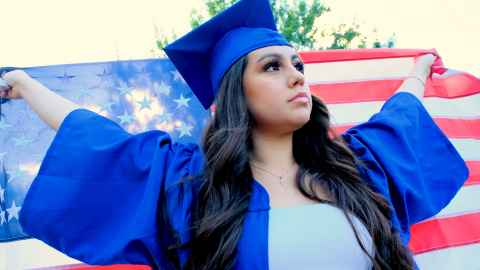 In celebration of Hispanic Heritage Month, Procter & Gamble has introduced a comprehensive initiative to accelerate progress of Hispanic communities across the U.S.To launch the initiative, P&G produced a powerful film called “Powering Progress” to showcase that Hispanic progress is a pro for America. Despite the challenges the Hispanic community faces – including misrepresentation, inequality, and lack of access to resources – their resilience and support of their community has enabled them to make significant contributions to the U.S. To accelerate progress, P&G recognizes that more support is needed for Hispanic communities. The film, created in collaboration with the creative agency ALMA, is a call to action to bring stakeholders together to create alliances for bigger impact. The film is also available in Spanish.A core element of the P&G’s “force for good” efforts is their partnership with the Hispanic Star to provide Hispanics with access to better education, better health, better jobs and promote gender equality. P&G and Hispanic Star recognize that the contributions from the Latino community benefits us all. This is why they are joining forces and inviting others to support local communities to help drive continued success.With the support of Hispanic Star, P&G and P&G brands like Always, Tampax, Vicks, Old Spice, Crest and Oral-B are creating and helping expand programs to empower Latino communities: Always School Program, Capitanes del Futuro and Nurse Heroes.