Bysiewicz and Rossi received an exclusive behind-the-scenes tour of each business and chatted with the owners about surviving the coronavirus pandemic, the importance of small businesses in Connecticut, and how they are driving economic growth statewide, including in West Haven.

Padilla, who has practiced veterinary medicine since 1981 and owned the clinic since 1985, said he takes pride in his Puerto Rican heritage and profession by giving back as much as he has received.

With his Puerto Rican flag-draped office door in view, Padilla paused with Eleanor, a Rottweiler dog; Gizmo, a Persian cat; and Buddy, a cockatoo parrot.

Rossi said Padilla’s pro bono services at the West Haven Animal Shelter include dealing with the prevention and treatment of diseases and injuries in animals, both domestic and wild.

The New York City-born Padilla, who traces his paternal lineage to Naranjito, Puerto Rico, was the first recipient of West Haven’s Hispanic American of the Year award at the inaugural Hispanic Heritage Celebration in 2018.

Rossi and the West Haven Hispanic Heritage Committee bestow the award annually on a Hispanic resident who personifies service in the city’s thriving Hispanic American community.

Rivera, the 2021 Hispanic American of the Year, became the award’s third recipient on Sept. 24. Last year’s ceremony was postponed because of COVID-19.

On Route 1 in Allingtown, Rivera showed Bysiewicz and Rossi his bustling automotive repair shop, established in 2005. As they greeted each of his nine full-time employees, Rivera pointed out that his burgeoning business enterprise includes his 4-year-old touchless car wash next door, a 24-hour operation with four employees.

Rivera was born in Cayey, a mountain town and municipality in central Puerto Rico, and moved to New Haven’s Fair Haven neighborhood with his mother and brother in 1981 at age 4. He moved to West Haven when he purchased Budget Transmission in 2005.

The public-spirited Rivera, who grew up “very poor,” said he is grateful to the people who helped him in his business career and believes in paying it forward.

Rossi said Rivera’s good works include donating toys amid the pandemic to the Three Kings Day celebration in January and supporting the hurricane relief effort in Puerto Rico.

Bysiewicz and Rossi made their last stop at La Catrina, where the owners opened the visit by thanking Rossi for cutting the ribbon at the Mexican restaurant’s grand opening on Feb. 24.

Altamirano Escobedo said La Catrina serves the taste of Mexico, specializing in such authentic dishes as tacos, burritos, tortas, quesadillas and enchiladas made from his mother’s time-honored recipes, along with savory fish, chicken, steak and pork entrees. The fusion of traditional Mexican cuisine is complemented by creative concoctions of citrusy-flavored margaritas and other zesty cocktails.

Altamirano Escobedo and Sanchez Benitez, who hail from Puebla, Mexico, and now live together in Hamden, chose the West Haven location, housed in the Savin Rock Plaza near the beach, because they “love the city.”

Accentuated by bright hues of the owners’ native Mexico, the remodeled restaurant and bar, open for lunch and dinner daily, is decorated with Spanish furnishings, knickknacks and murals.

The striking theme of La Catrina is “Dia de los Muertos,” or “Day of the Dead,” the popular Mexican holiday that commemorates loved ones who have died.

“La Catrina,” a female skeleton donning a dress hat with feathers, is the referential image of death in Mexico and the symbol of Dia de los Muertos, observed Nov. 1-2.

As a tribute to the culture and people of Mexico, the restaurant’s festive and spacious dining room and barroom are enlivened by vivid pink and yellow stucco walls that showcase Day of the Dead-themed murals with skeleton faces painted by West Haven artist Cruz Manuel.

Like Padilla and Rivera, the owners of La Catrina are committed to supporting their vibrant community and carrying on the proud traditions of Mexico.

West Haven’s diversity is its strength, said Rossi, adding that the owners of all four businesses are a testament to the promise and greatness of America.

In observance of National Hispanic Heritage Month, which runs through Oct. 15, West Haven recognizes the important legacy of Hispanic Americans and the inspiring contributions they have made to the culture and history of the United States.

Hispanics have had a profound and positive influence on the civic and cultural life of America, enhancing and shaping the national character with centuries-old traditions that reflect the multiethnic and multicultural customs of their community.

Hispanic Heritage Month, which traces its roots to 1968, begins each year on Sept. 15, the anniversary of independence of five Latin American countries: Costa Rica, El Salvador, Guatemala, Honduras and Nicaragua. Mexico and Chile also celebrate their independence days during that period. 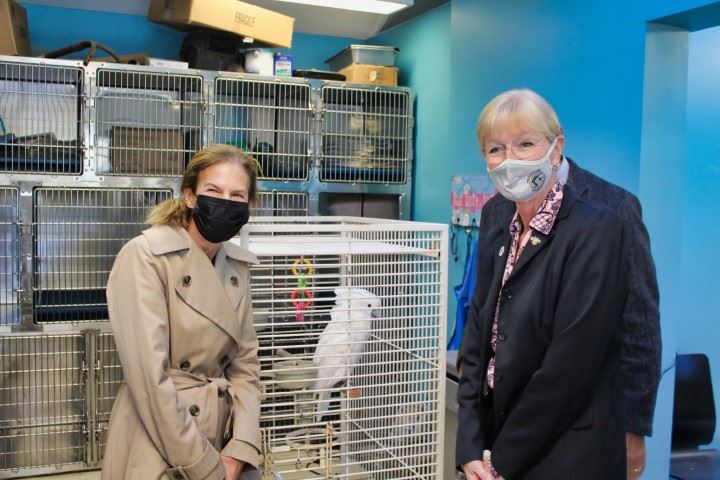 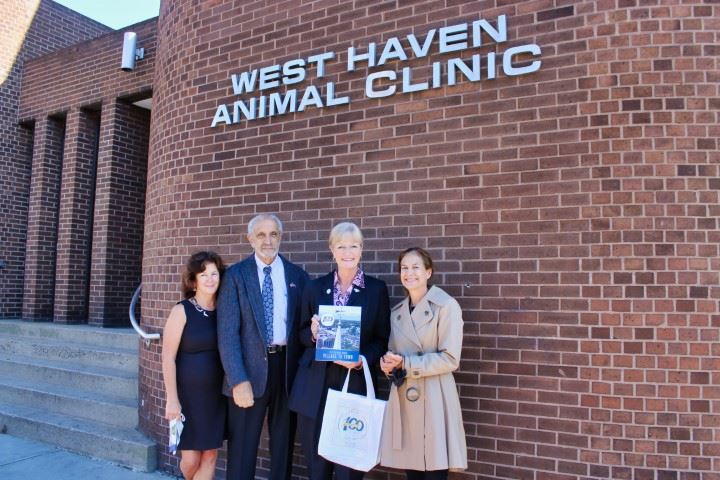 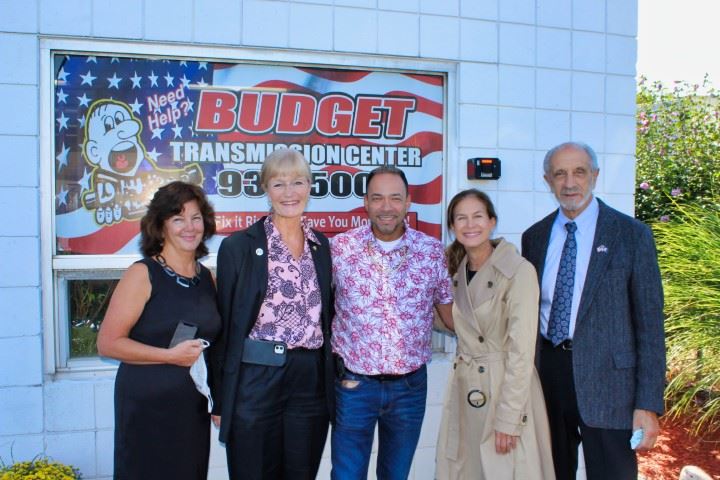 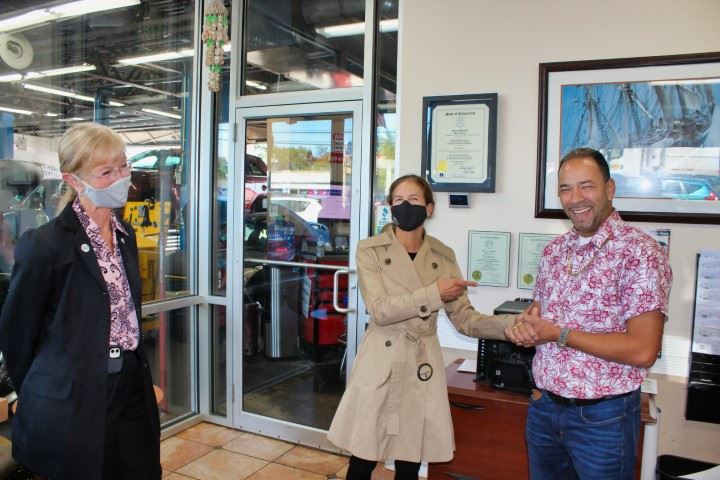 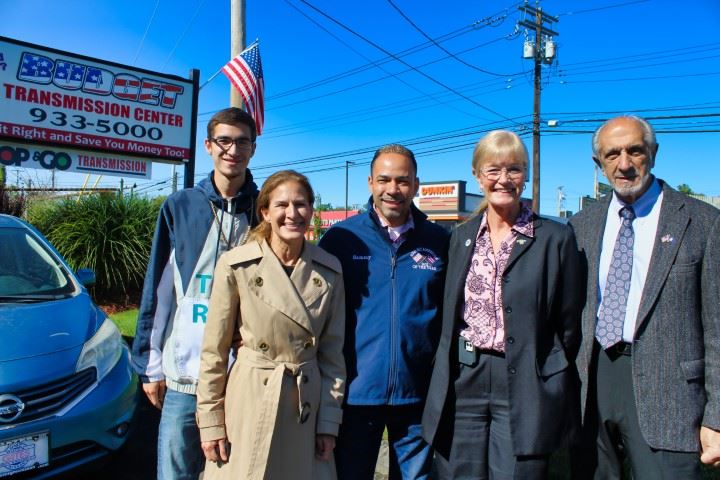 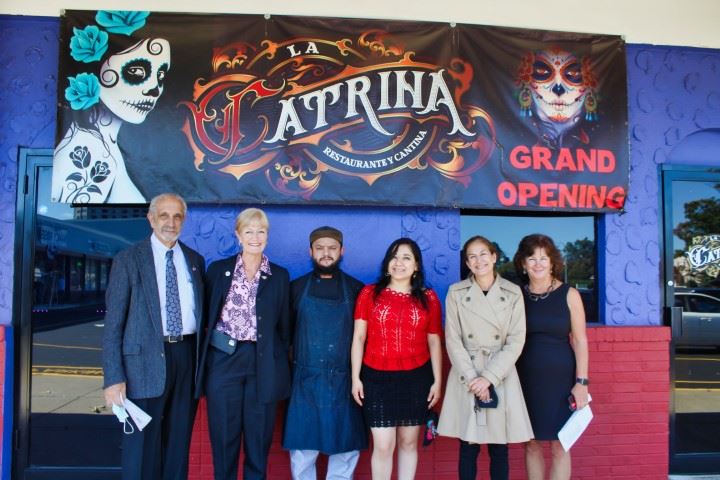 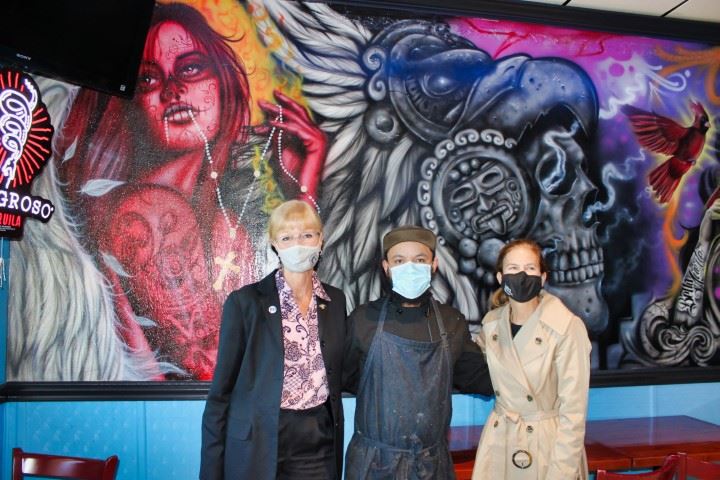 This press release was produced by the City of West Haven. The views expressed here are the author’s own.

Celebrating the architecture of the iconic franchise