The large open kitchen features granite countertops and a quartzite-topped island with high-end appliances, all bathed in an abundance of natural light. 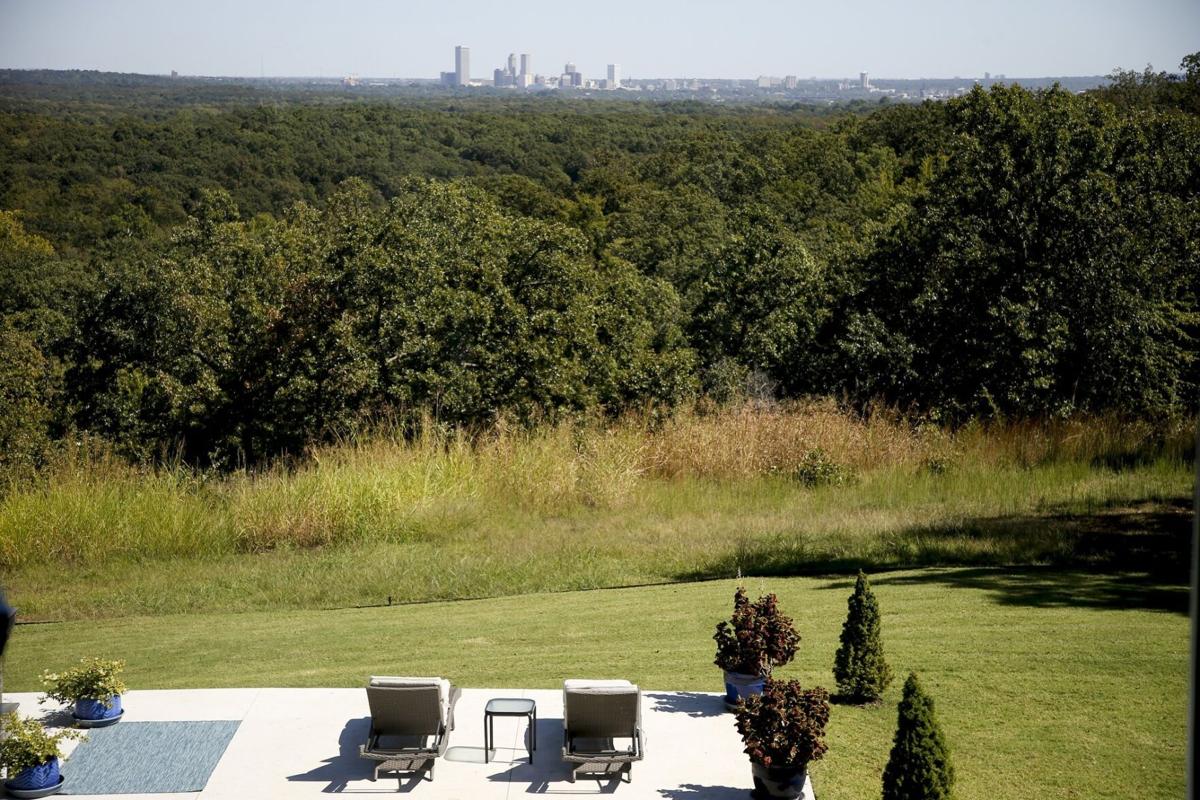 The million-dollar home comes with a priceless view of the gleaming glass and steel of downtown Tulsa about 9 miles to the southeast. 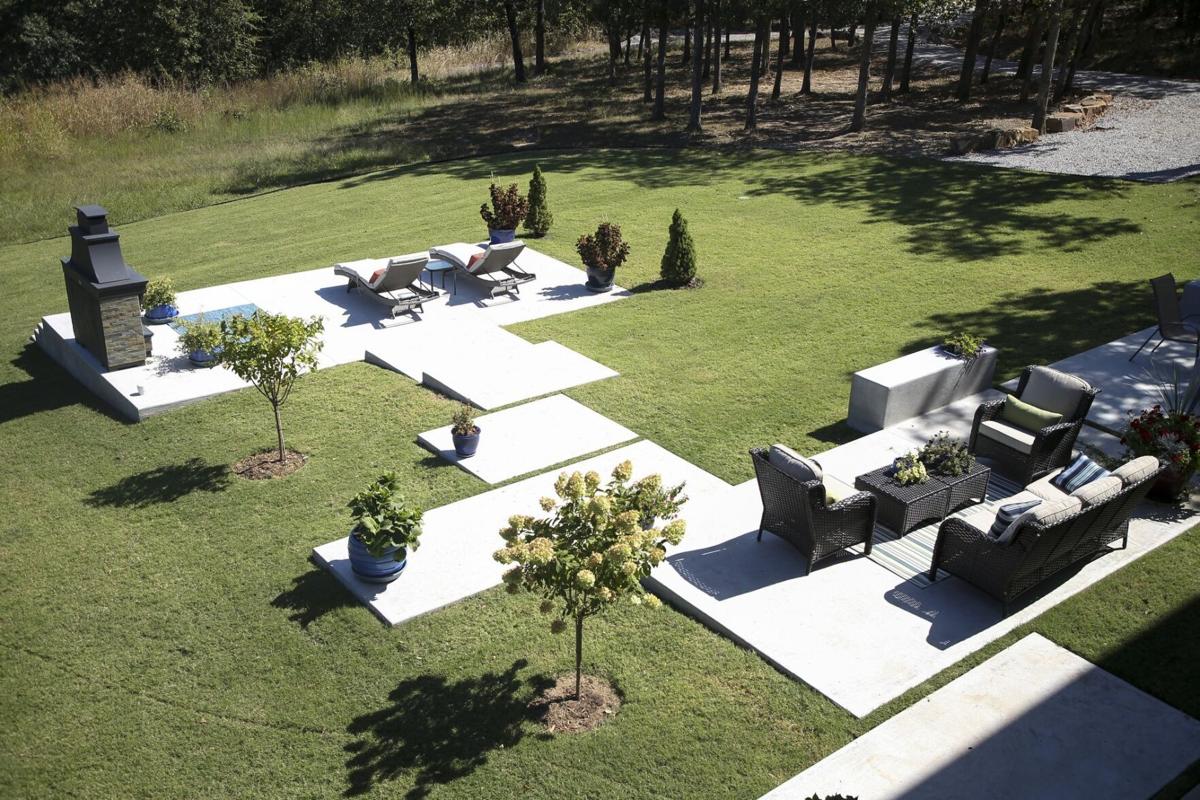 Concrete deck areas with multiple seating groups, an outdoor fireplace and a large firepit trickle like a waterfall down the gentle slope on the east side of the home. 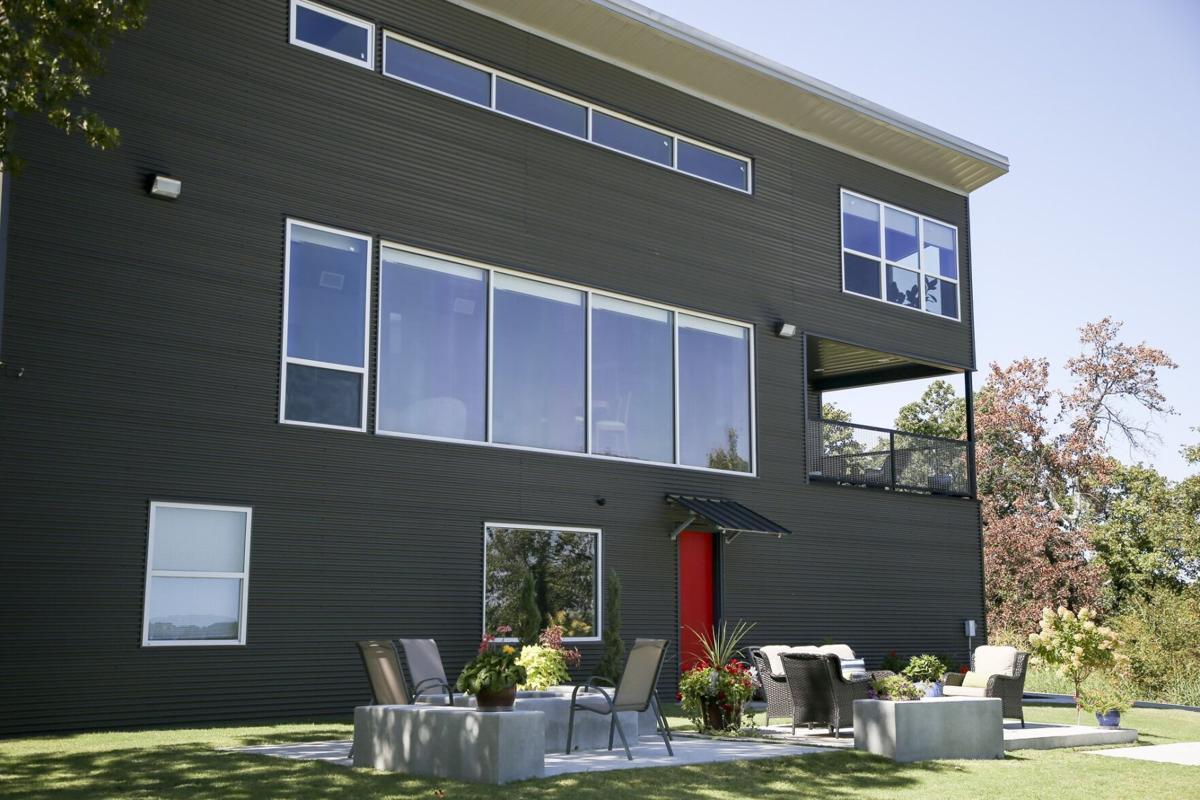 “Storefront” double-pane low-E windows on the east side of the house allow morning light to enter the home’s indoor living areas, and cozy seating areas beckon insiders to come outside. 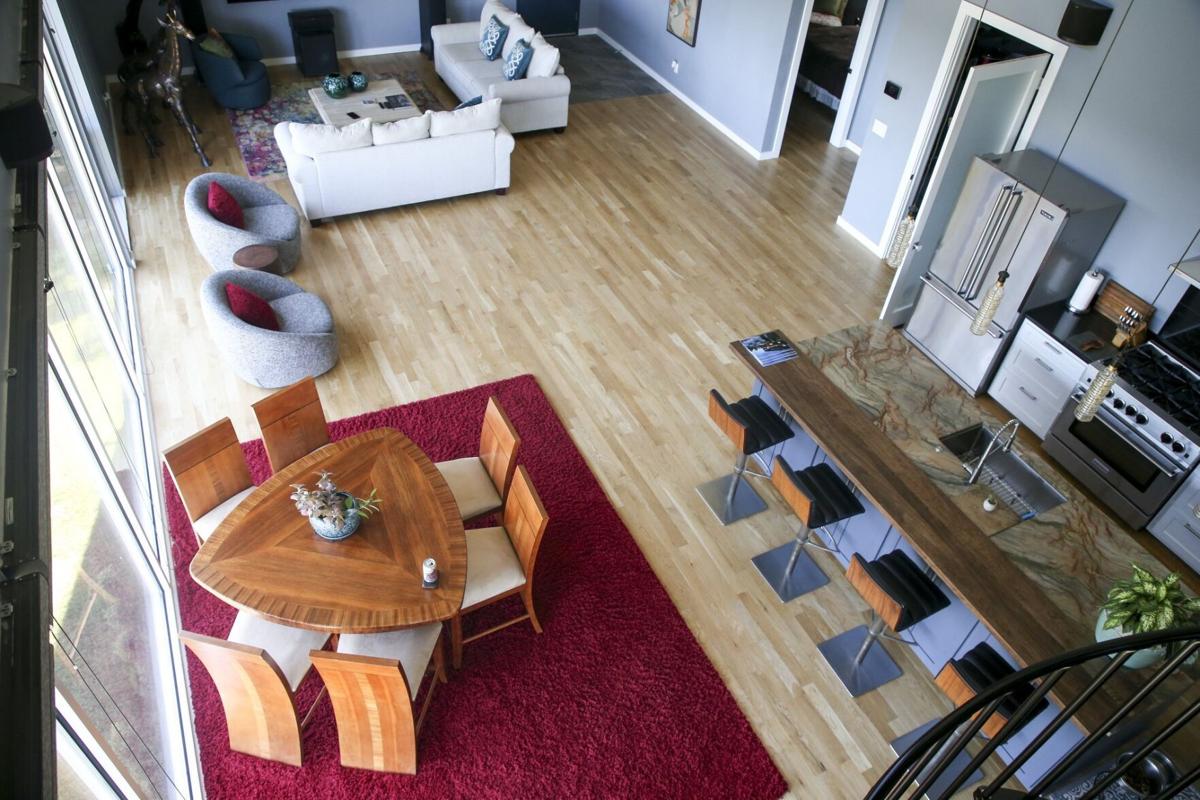 A tucked-away loft office offers sneak peeks at the spacious living area from above. 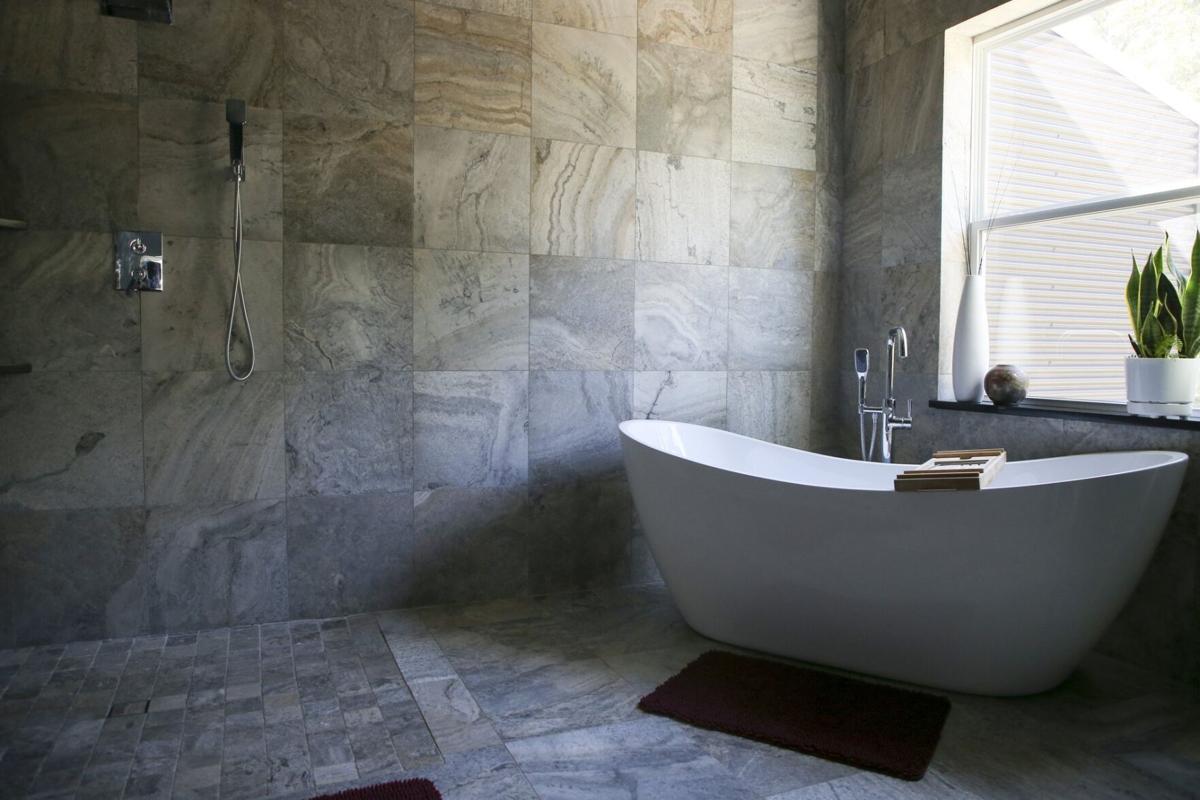 The “wet room” master bath features marble walls and flooring, but residents stay comfortable thanks to the heated floors. 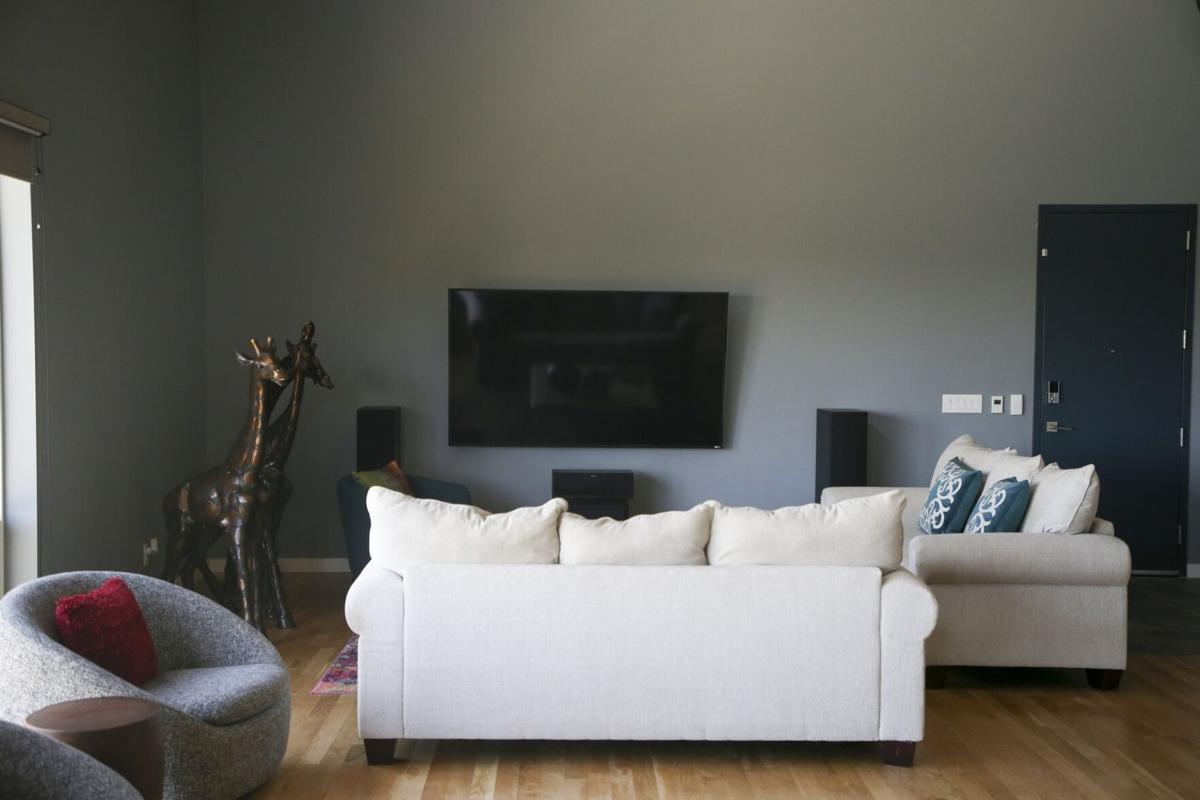 Vaulted ceilings with exposed air ducts add to the industrial ambiance, and contemporary furnishings and decor create a homey feel. 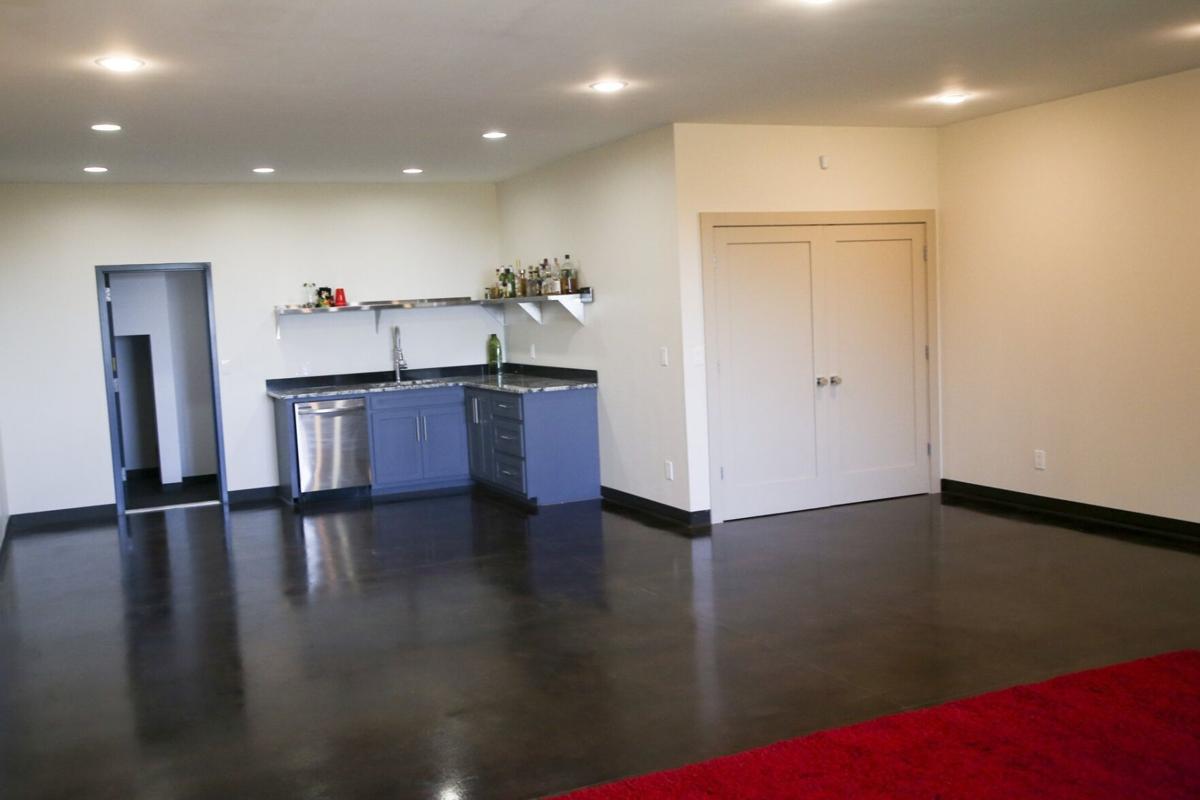 The downstairs living area has everything needed to be a self-contained second home if desired, including a separate exterior entry.

The garage features a custom epoxy finish on the floor that is as durable as it is attractive, and the mechanical room in the corner provides easy access to the home’s utility manifolds and tankless water heaters. 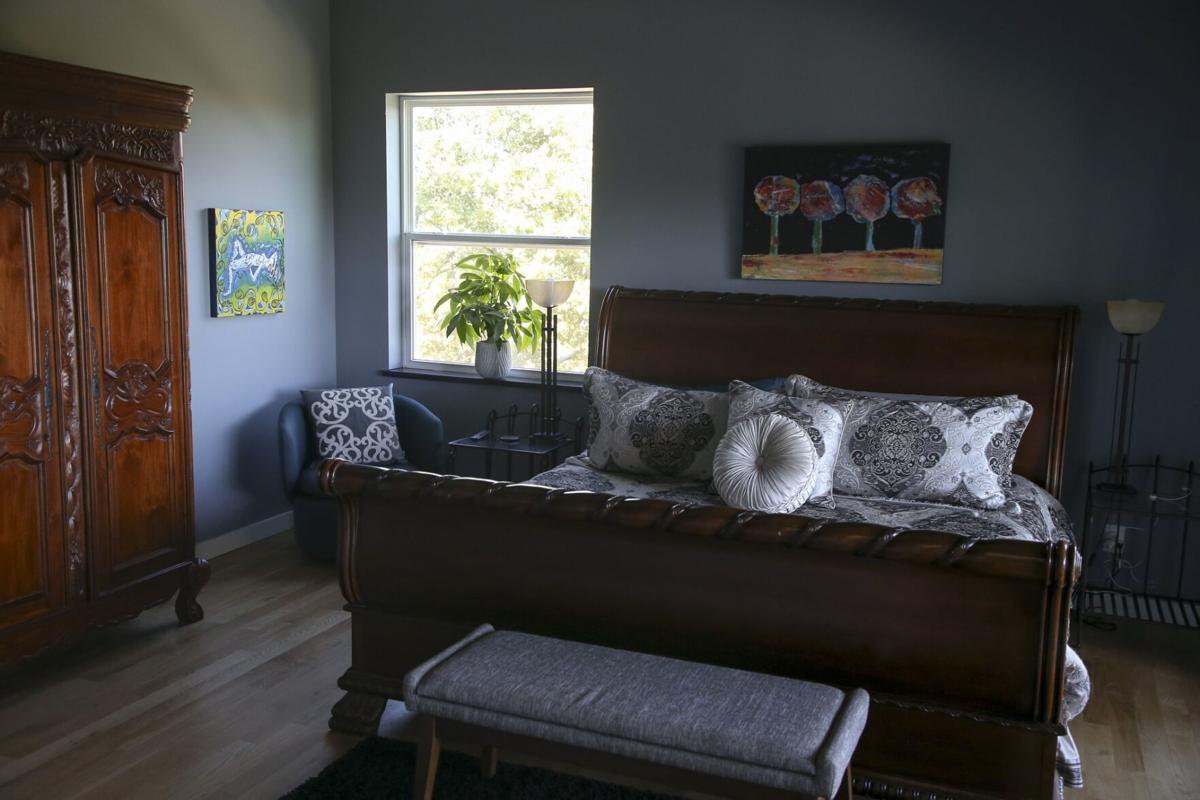 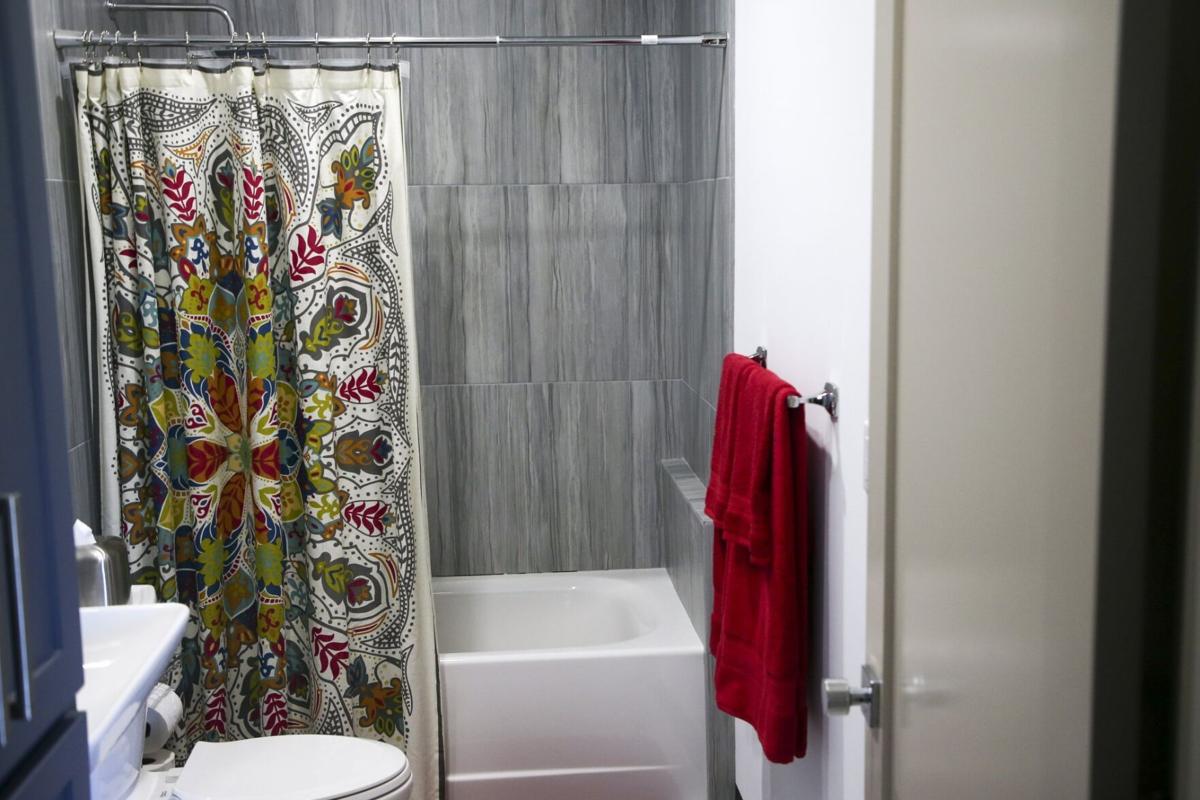 Luxurious surfaces and a rain shower head highlight a bathroom in the home.

SAND SPRINGS — It’s hard to imagine a million-dollar home — one offering all the comforts you can dream up, all of the elegant, sophisticated finishings you’d expect at that price point and a priceless view of the downtown Tulsa skyline — being upstaged by the land on which it sits.

Luckily for us, we don’t have to try to imagine such a scenario. It exists.

Nestled on 3-plus acres deep in the Osage County woods on the northern edge of Sand Springs, mere minutes from the bustle of downtown Tulsa, sits just such an anomaly.

James May started building his industrial modern marvel in 2018 and moved in the following year, followed later in 2019 by his partner, Cindy Ellison.

The 3,752-square-foot steel-and-glass structure rises from atop a ridge almost as if it were just another of the numerous giant stone slabs that dot the landscape, left there eons ago by Mother Nature and the glaciers.

But the house is decidedly newer — and also less significant than its surroundings to its builder.

“I love the land,” May said. “The house was always secondary to me.”

It was the rugged beauty of the rocky, forested landscape that drew him to this site more than 30 years ago.

A civil engineer with a master’s degree in chemical engineering, as well, May bought 35 acres here in 1990 from the Bank of New Mexico and began to look for a home site.