It’s prime concert season, and for the approximately 40 people who showed up at the Shots for Shows vaccination event last week at the Fremont Theater, they’re now closer to being protected from COVID-19 and part of the solution to keep live music going in SLO County.

“More than anything, we increased awareness a tiny bit and, hopefully, tied it to our being able to see live music and have fun again,” said Otter Productions Inc. owner Bruce Howard, one of the partners that manage the Fremont Theater.

This Saturday, Sept. 25, the Fremont will present MC Magic‘s the Lost in Love Tour with Baby Bash, Lil Rob, Jay Roxxx, and Bella (8 p.m.; all ages; $50 plus fees general or $120 plus fees meet-and-greet at fremontslo.com). MC Magic is Marco Cardenas, a rapper, songwriter, and producer who raps and sings in English and Spanish.

Next, as a stop on their Bare Bones Tour, South Carolina-based duo Shovels & Rope plays the Fremont on Tuesday, Sept. 28 (9 p.m.; all ages; $20 to $30 plus fees at fremontslo.com). This Americana, folk, country, and rock act features husband and wife Michael Trent and Cary Ann Hearst, who write amazing songs and sing really well together, and they usually swap off instrumentation (guitar, keys, drums, percussion, etc.).

“We are genuinely thrilled to be able to announce an entire tour of new shows,” they said in press materials. “It’s been a long year, and we are beyond grateful to be able to get back on the road and reconnect with y’all. And what better time to play some shows in a way that we’ve never done before. The Bare Bones Tour will be our first truly stripped down tour. Piano. Guitar. Voices, … and that’s pretty much it. Rooms will be a bit more intimate, and we are all probably going to be a bit quieter in volume, but just as loud in spirit. Expect some classics, some deep cuts, and maybe a few new tunes. Let’s get intimate!” 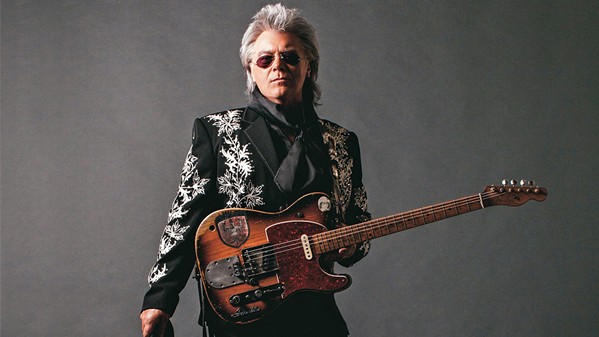 Country superstar Marty Stuart is up next at the Fremont on Wednesday, Sept. 29 (8 p.m.; all ages; $25 to $45 plus fees). The Grammy Award-winning singer, songwriter, and musician has one of the most storied careers in country music, and this show will take you through his journey.

His most recent album is Way Out West (2017), but he also has a new one called Songs I Sing In The Dark awaiting release. Way Out West opens “with a Native American prayer, a nod to Stuart’s affinity for the indigenous people, particularly the Lakota,” according to press material.

“If you go and sit by yourself in the middle of the Mojave Desert at sundown and you’re still the same person the next morning when the sun comes up, I’d be greatly surprised,” Stuart said. “It is that spirit world of the West that enchants me. Everything that came out of California captivated my kid mind in Mississippi. It seemed like a fantasy land. Way Out West is a love letter to that.”

Don’t forget that Numbskull and Good Medicine has Dumpstaphunk playing The Siren this Thursday, Sept. 23 (7 p.m.; 21-and-older; $25 presale at eventbrite.com or $30 at the door). If you dig the New Orleans jazz sound, don’t miss it!

Ripping blues-rock guitarist Samantha Fish plays BarrelHouse Brewing next Thursday, Sept. 30 (6 p.m.; all ages; $22 presale at eventbrite.com or $25 at the door), with Jonathon Long opening. This pyrotechnic guitarist is amazing, and she’s got a killer voice to boot. She’s touring in support of her new album, Faster, produced by Martin Kierszenbaum (Lady Gaga, Sting).

“The whole record has a theme of taking charge and taking the reins, in a relationship or life in general,” Fish said in press materials. “I thought that after 2020 I’d end up with a dismal, bleak album, but instead, we came up with something fun and sexy and so empowering.”

On Friday, see The Jineanne Coderre Band from 6 to 7 p.m. and Moonshiner Collective from 8 to 10 p.m.

And on Sunday, see Louie Ortega & The Sons of the Caballeros from 1 to 4 p.m. followed by Dante Marsh & The Vibe Setters from 5 to 7 p.m.

Bust out your lederhosen for this free, three-day festival. Also note that on Saturday, SLO Brew Rock is donating 10 percent of their beer sales to 17 Strong, which grants Victory Trips to young adults who have battled catastrophic illnesses such as cancer.

Singer-songwriter Noah Colton pens songs that he says beckon “the not-so-pretty side of human behavior out of the shadows and into the sunshine.”

His songs are full of heartache and hubris, with quirky lyrics and melodies that stick with you. 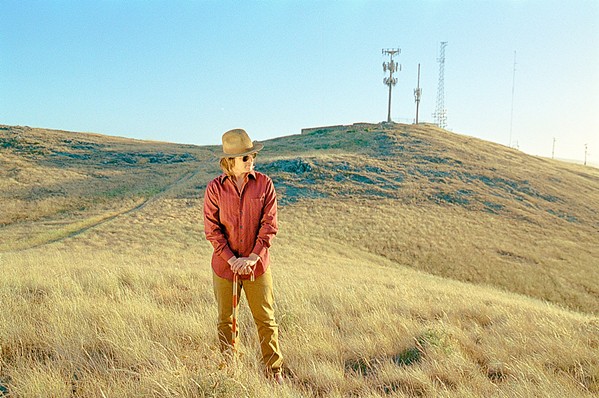 The song tells dudes to stop depending on female approval for their happiness, and the track has me hungry to hear Colton’s upcoming EP, Well Played Victims, coming out next year. In the meantime, you can see him this Friday, Sept. 24, at Paso’s Hoyt Family Vineyards (6 to 9 p.m.). He’ll appear with his full band, Dead Magic, at Morro Bay’s Top Dog Coffee Bar on Saturday, Nov. 13 (2 to 4 p.m.), and SLO’s Bang the Drum Brewery on Friday, Nov. 19 (7 to 9 p.m.).

Soul-funk act Dante Marsh & The Vibe Setters closes out the Concerts in the Plaza series this Friday, Sept. 24, in Mission Plaza (5 to 8 p.m.; free; all ages).